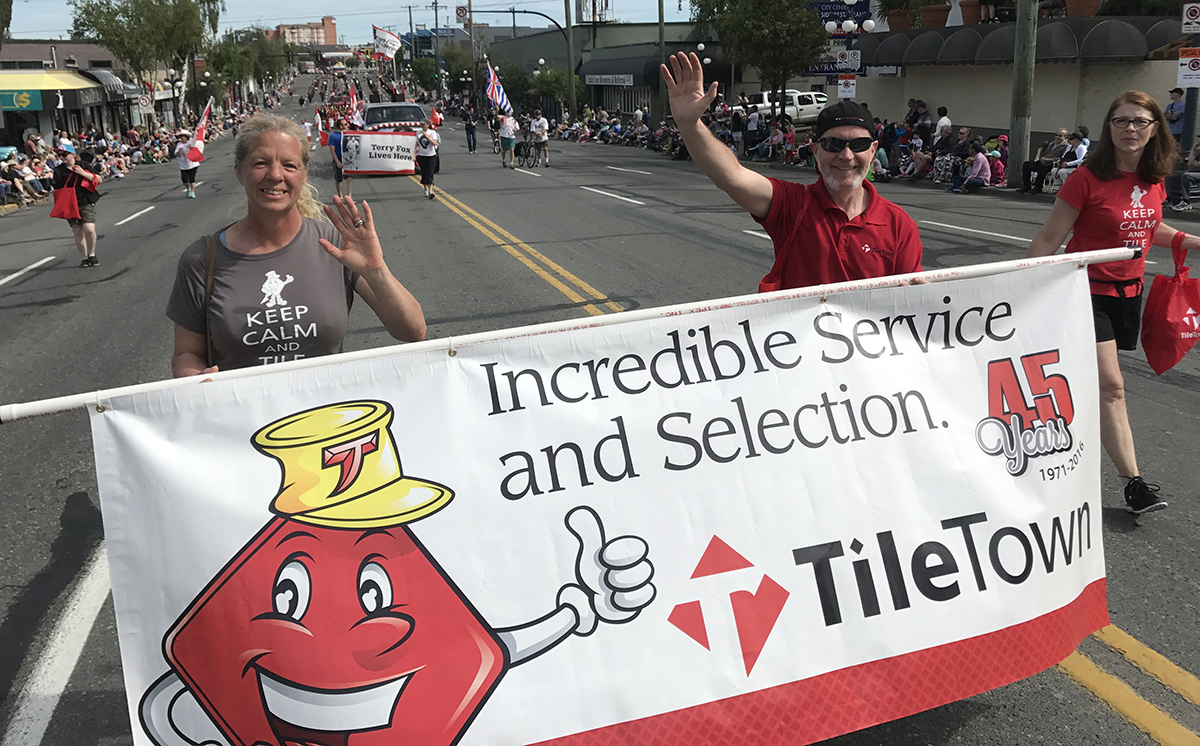 Tile Town’s official mascot Tyler will be celebrating Queen Victoria’s birthday in the provincial capital on May 23, 2016. Representing Tile Town’s five stores throughout western Canada, Tyler will be taking the day off from his usual tasks of Ask Tyler, to assume his royal duties in the Victoria Day Parade on Vancouver Island.

Joining Tyler in Victoria’s largest parade will be the entire crew of Tile Town’s Victoria store.

Named in honour of Queen Victoria, it’s only fitting to have a Victoria Day parade in British Columbia’s provincial capital.

In amongst Daisy, Farmer Vicki, marching bands, floats and family entertainment, you’ll easily spot Tyler – the big red tile. Tyler will be handing out taWoos and candy throughout the parade. Beginning at Mayfair Shopping Centre, the parade starts at 9 am and proceeds along Douglas Street finishing at the intersection of Douglas and Humboldt.

If you have any questions on the type of tile or tile products to use for your next project, Ask Tyler will be back at work on Tuesday. In honour of the statutory holiday, Tyler wishes everyone a safe and enjoyable May Long Weekend.