Styling your space has never been easier! Get inspired, chat with designers and tiling experts and visualize your space in our NEW Project Planner 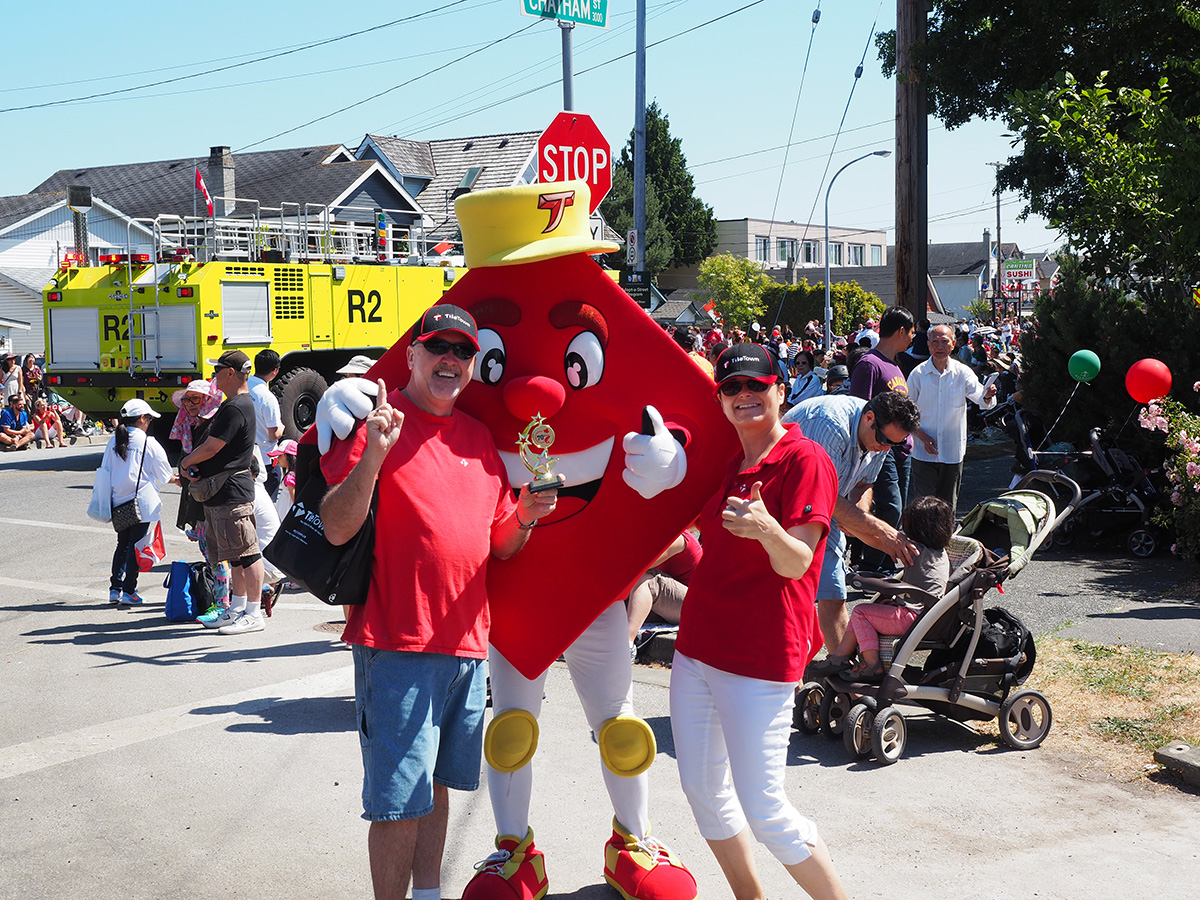 Fort Langley celebrates the cranberry, Brackendale honours the bald eagle and Steveston remembers the importance of the salmon in its community celebrations and events. When Steveston was just a town, it was the salmon and the influence of the canneries which shaped the community into a city.

As the community of Steveston likes to say, the Steveston Salmon Festival is Canada’s biggest little birthday party on July 1st. Since 1945, the residents of this closely-knit fishing community have come together to celebrate Canada Day through entertainment, a salmon barbeque, children’s events, music and having a good old-fashioned parade.

We were all thrilled at Richmond Tile Town when Tyler won best mascot in this year’s Steveston Salmon Festival Parade. This was the third year that Tyler, and the gang from Richmond Tile Town, were in the parade. Tyler has won second and third place in the category of Best Mascot over the last two years. What Tyler likes most about being part the parade and representing the Richmond Tile Town store is all the children he gets to meet and high-five on the parade route.

The Steveston Salmon Festival Parade begins at 10am with a parade through historic Steveston village. There will be over 100 entries including floats, marching bands, celebri8es, politicians, community groups, vintage vehicles and so much more.

What you don’t want to miss out on, according to Tyler, is Stevestons’s famous salmon barbecue where over 1,200 pounds of wild salmon filets are grilled over open fire pits. This always sells out!

Join in the fun and help us celebrate Canada’s 148th birthday in the community of Steveston.

HGTV &#124; Tips and inspiration on selecting the perfect kitchen backsplash Watch this episode to l...

Stay in the Loop

Sign up to stay in the loop with TileTown to hear about:

How to Plan Your Next Tiling Project with Town Square

Your Guide to Tile Materials and Finishes

WINTER CLEARANCE SALE
SAVE UP TO 65% ON SELECT TILE

Sign Up Now
x
We'd love to hear from you!
Thank you for your message! A member of our team will be in touch shortly!